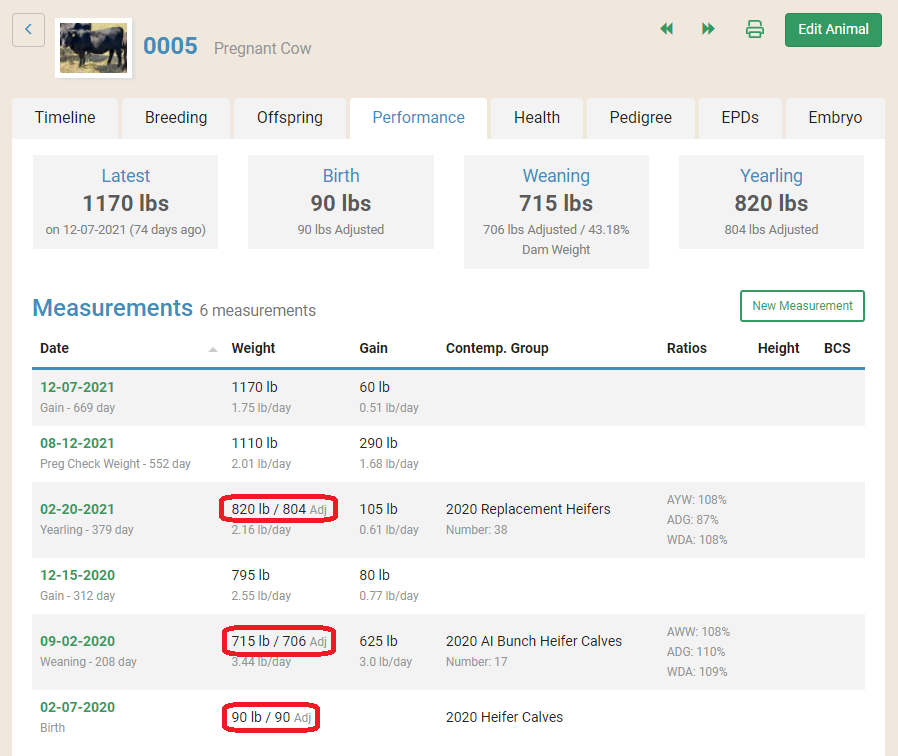 EPD - Estimated Progeny Difference - a valuable tool to aid purebred and commercial producers in the selection of potential breeding stock. Cattle producers must clearly define their breeding objectives and determine what sort of animal is needed to meet their production goals.

EBV - Estimated Breeding Value - a value which expresses the difference (+ or -) between an individual animal and the herd or breed benchmark to which the animal is being compared.

Gen. / Poss. - Genetic / Possession - Percentage of the genetics owned vs. the possession each owner has of that animal. (Example: The ranch where you bought your bull chose to retain 20% semen interest but gave you full possession of the bull.  Your Gen. / Poss. entry would be 80%/100%.)

HMA - Horns per month of age - Due to the variation in horn growth, with some cattle having almost flat horns while others have many twists and turns, there are three horn measurements that can be taken:

These measurements can be adjusted to a Horns per Month of Age (HMA), which is calculated by dividing the number of months of age into the horn measurement. For example, a 48-month-old animal with 50" of horn would be 50 / 48 or 1.04" per month of age.

1.     her ability to produce milk for that calf
2.     her contribution of genetics to the calf

WDA - Weight per day of age - Weight of an individual divided by its age in days.