Cows not showing up on the Calving screen

To view a list of cows with a current breeding status of exposed and/or pregnant, click on the Calving screen from the dashboard. You can customize which exposed and/or pregnant cows are currently being viewed by clicking on the Customize button on the top right.  Customization allows for you to limit what cows are displayed by Days Until Due, Group, and Pasture. 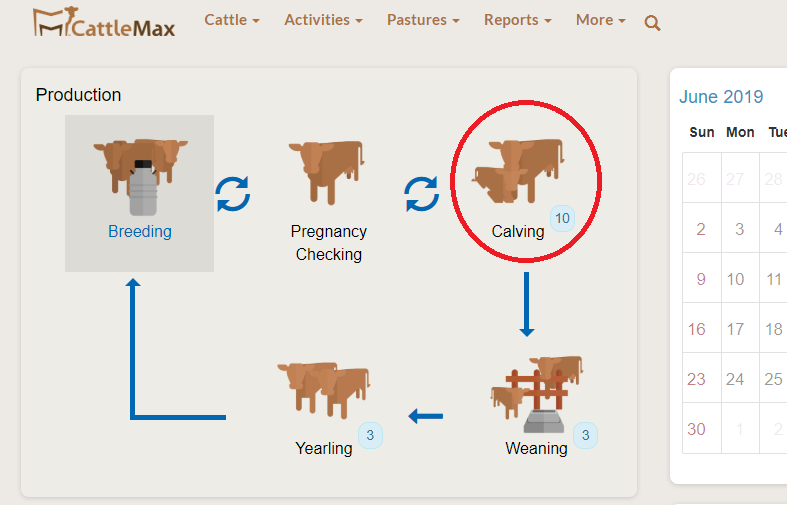 It is possible for a cow to have an inactive breeding record. A breeding record would be set to Archived (inactive) under any of the following circumstances: 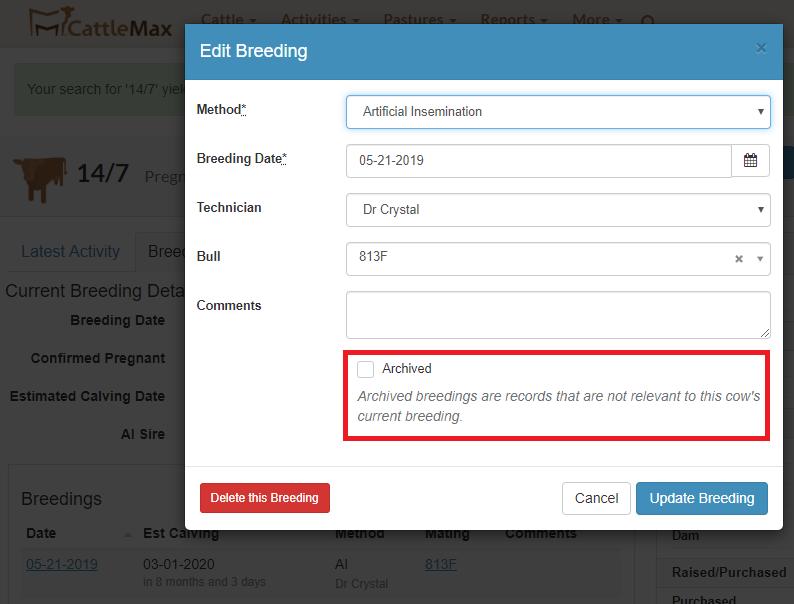 In the image below the breeding in the green box is still active as you can tell by the blue text.  While the two breedings in the red box are inactive as shown by the grayed out text.  These two grayed out breeding records have been archived due to one of the above-stated reasons. 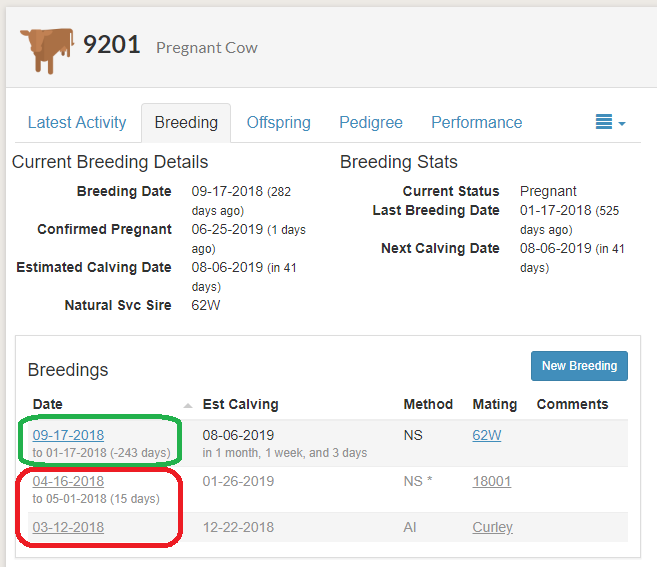 How is a current breeding status determined?