How is current breeding status determined?

A cow’s current breeding status defaults to “Open” when her record is first created or when a heifer calf is promoted to a cow.  It will also change to Open once she calves. 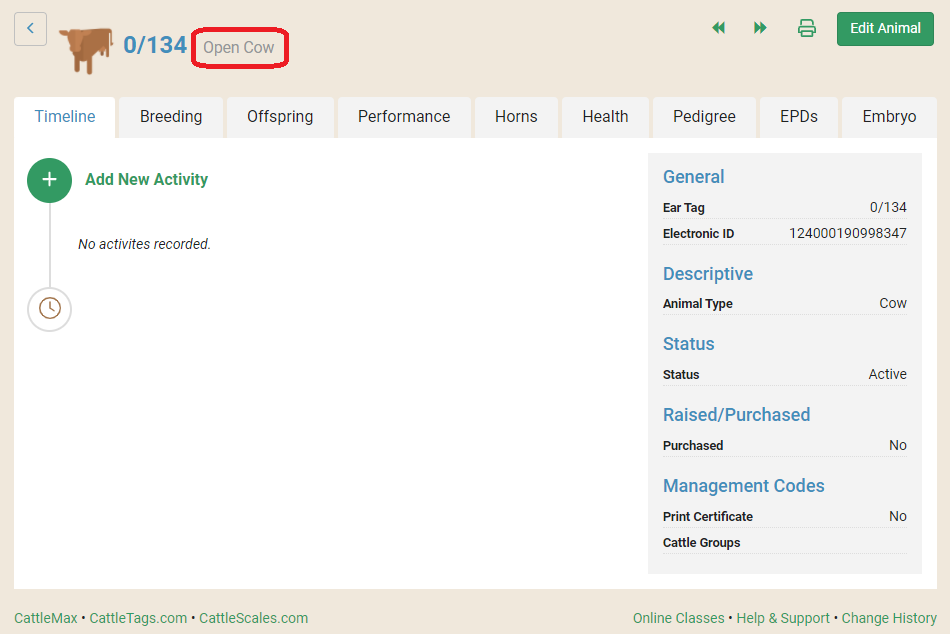 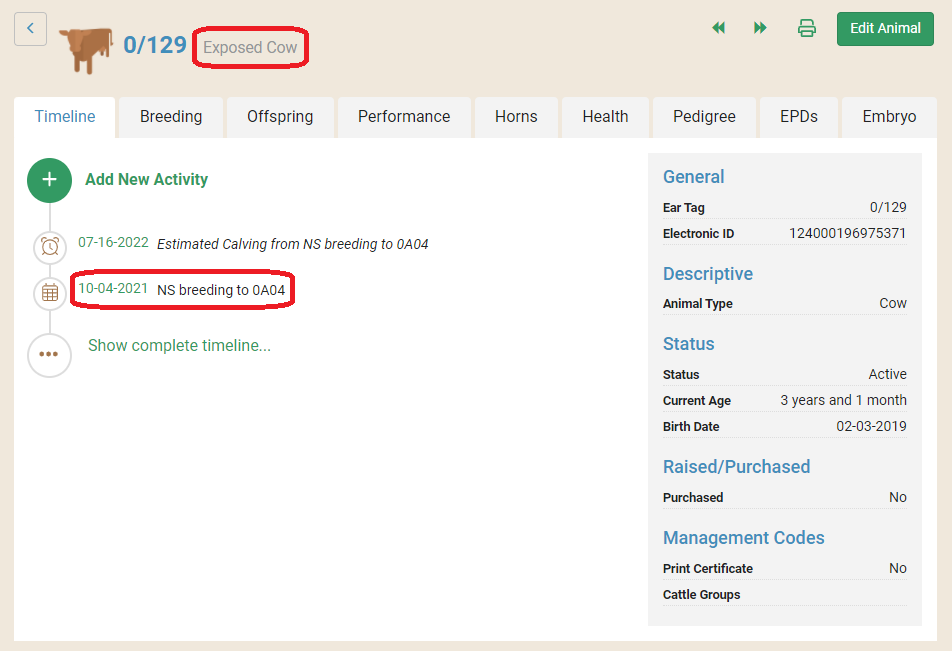 Adding a Pregnancy Check record with a pregnancy status of “Pregnant” will change her current breeding status to “Pregnant” (only if there is an active breeding record for her). 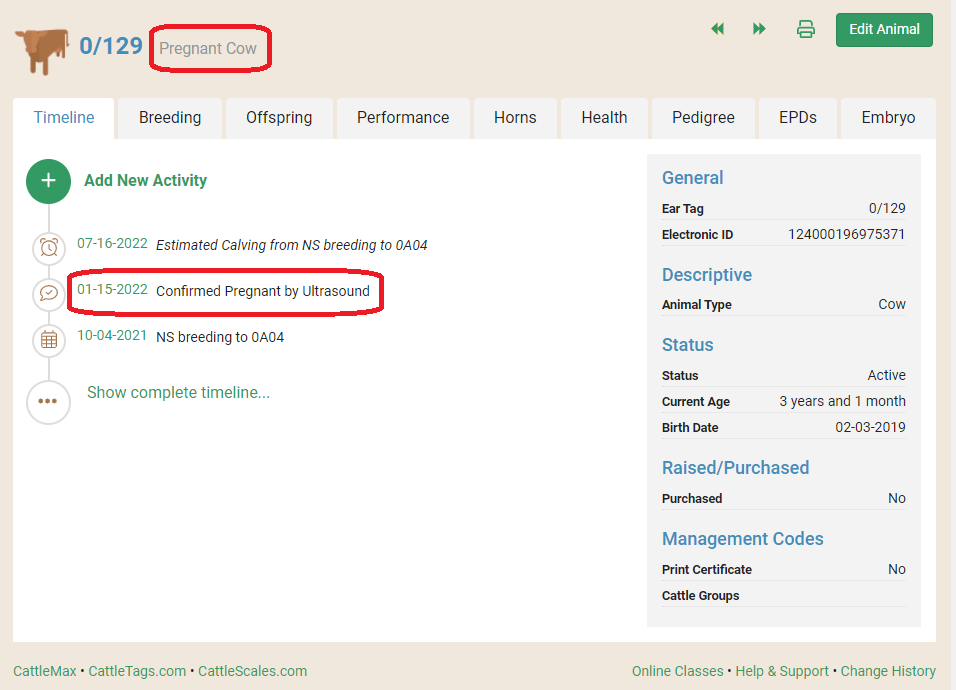 *It is very important when entering your pregnancy check information that if she needs to be rechecked to mark it as such.  Females marked as open, will then result in the current breeding being archived, allowing for a new breeding to be entered.  If a female is marked as a recheck she will remain as Exposed in the pregnancy checking area until another check is made.  In an instance that a pregnancy check is entered incorrectly and the breeding record is archived you can simply go to the cow's individual record > Breeding Tab > click on the date entry for the breeding record you wish to unarchive > Edit > uncheck the box next to Archived to make that breeding entry active again. 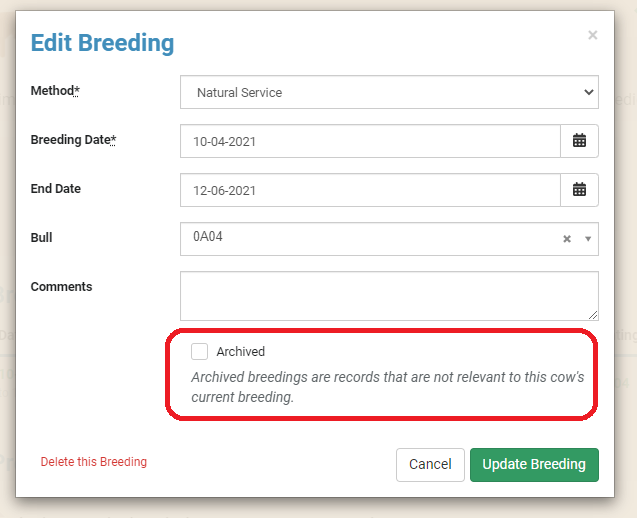 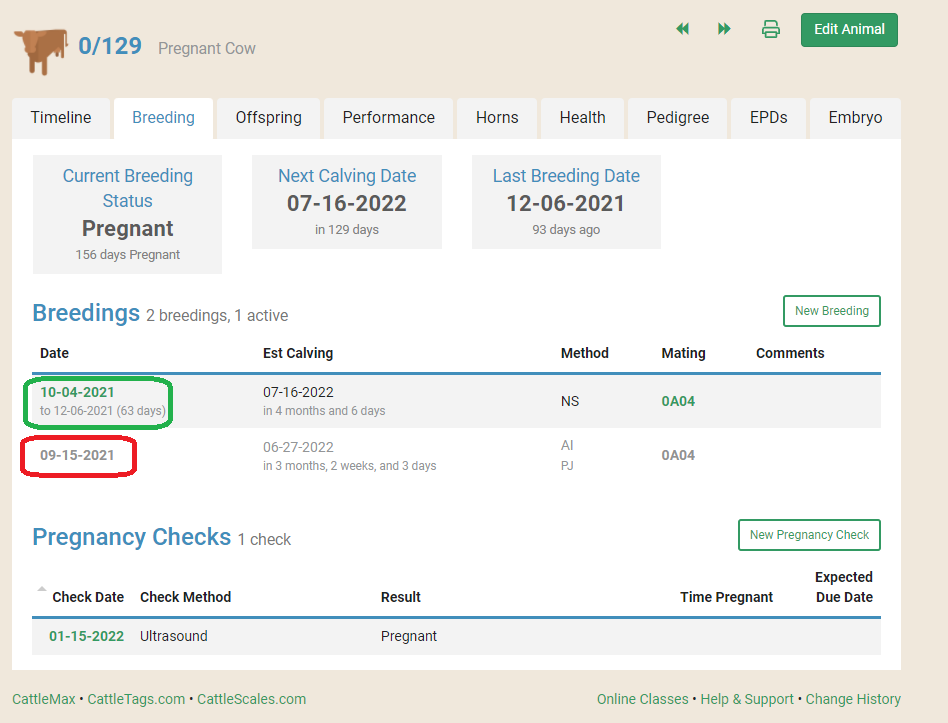