Using Group Update to update multiple animals at once

Since cattle are managed in herds and groups, it’s quite common to need to update or create the same information for multiple animals (change pasture, create treatments, create breeding, record pregnancy checks). This can be accomplished with the Group Update feature, which is built into the Groups and Pastures screens.

How to update multiple animals at one time:

You can start a group update from a cattle or smart group or from a pasture.

Check the boxes for one or more animals or check the box in the header row to select all animals on the page.

Click the Update Selected Animals button that appears at the top of the list of cattle after at least one animal has a checkmark next to it. 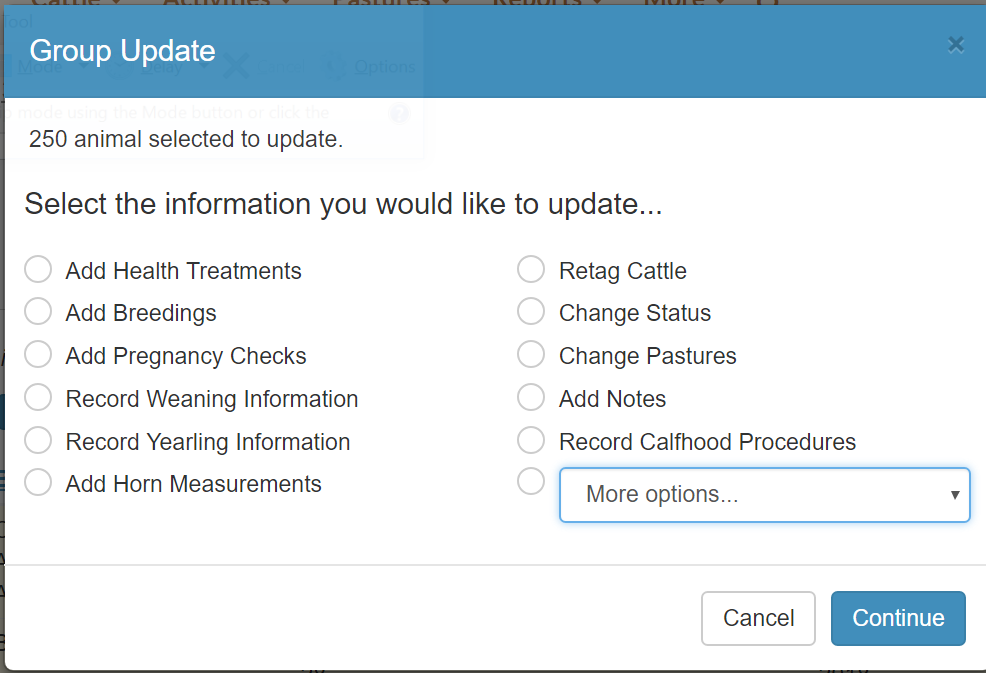 After selecting a Group Update option, additional steps specific to that option will be shown.

Watch a short "How To" video