MPPA is the Most Probable Producing Ability (MPPA).

It is defined by the Beef Improvement Federation as an estimate of a cow's future superiority or inferiority for a repeatable trait (such as progeny weaning weight) based upon the cow's past production in comparison to her contemporaries, her number of past records, and the repeatability of the trait in question. MPPA is simply an indication of the within-herd rank of the cow's ability to wean calves with high weaning ratios, taking into account the number of calves produced. As you can see, MPPA can be a very effective tool for culling those cows that don't produce at an acceptable level.

The calves must have a weaning weight ratio in order for the Dam's MPPA to calculate. To get the ratio to work, you must have the birth weight and sex entered for the calf and wean them with a contemporary group. 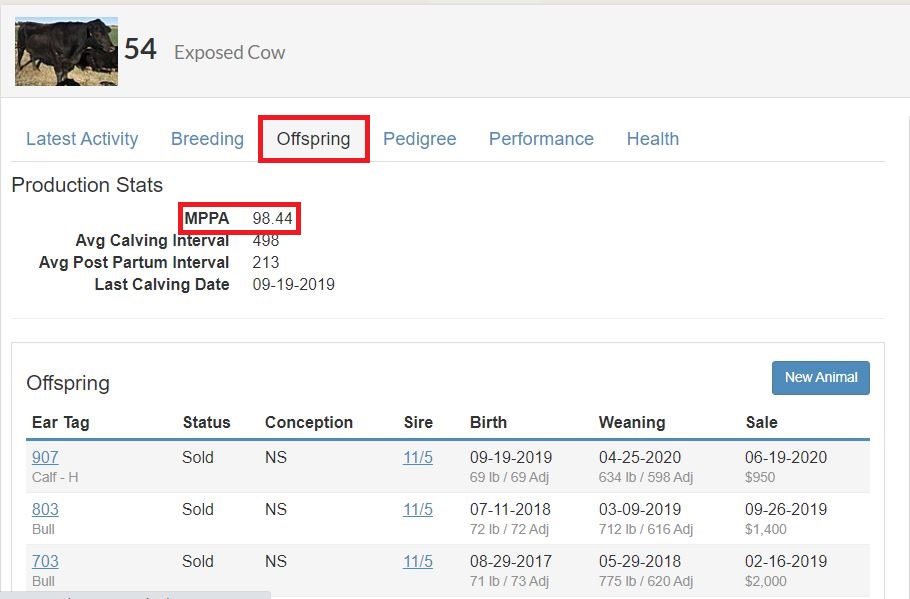